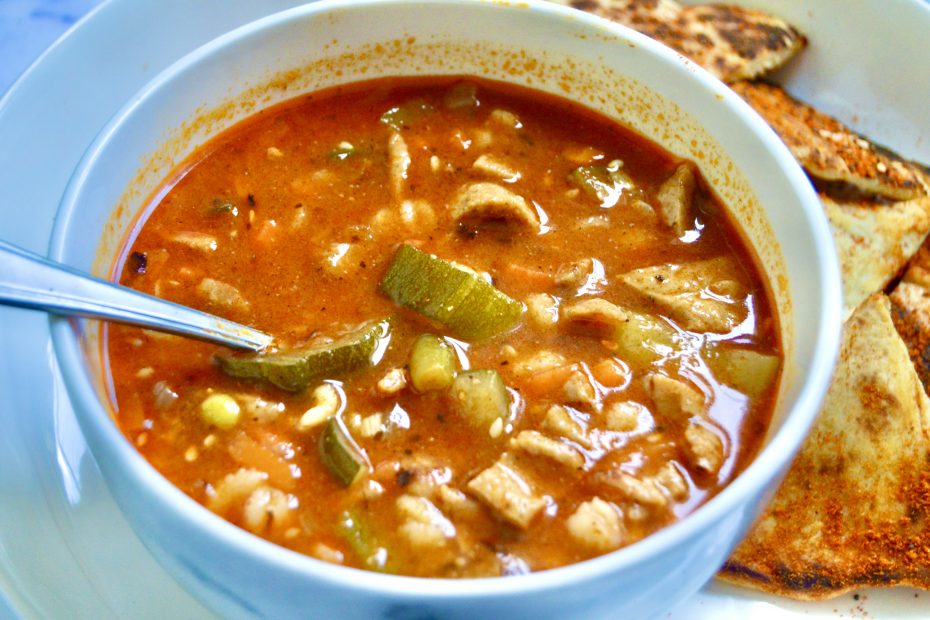 This Copycat Olga’s Peasant Soup is just like the original, filled with gyro meat, barley, vegetables, and herbs, and has a rich, tomatoey broth. I have been eating Olga’s Peasant Soup since I was just a kid. Most of the restaurant locations have either closed or been relocated, but I still love the Peasant Soup as much as a I did back then. Making a big, hearty pot of this delicious soup is perfect for a cold Fall or Winter day.

The only tricky part of this recipe is finding good quality gyro meat to use as the base for the soup. I found some great gyro meat by “Opaa!” at Gordon Food Service Store, and another great brand from Costco. Either one worked really well, but I am partial to the flavor of the GFS gyro meat.

I also love to use Salad Supreme Seasoning for my Copycat Olga Bread recipe when I make them into Snackers!

In a large pot or Dutch oven, sauté store bought gyro meat over medium-high heat until slightly browned. Drain any extra grease/oil from the meat, transfer meat to a bowl.

Reduce the heat to medium, and sauté the diced onion and minced garlic for 2-3 minutes or until just tender and fragrant.

Transfer the gyro meat back into the pot. Stir in the frozen peas, carrots, and green beans, and allow to cook until just tender, about 5 minutes.

Increase the heat and bring to a boil for 10 minutes. Stir in the barley. Reduce heat to low and simmer, cooking the soup for about 10 more minutes.

Season with salt and pepper, to taste. Add any additional seasonings, as desired. The longer you let the soup cook, the more flavor it will have.

Copycat Olga’s Peasant Soup can be table-ready in about 45 minutes, but let it cook all day and the soup will become so thick and flavorful! 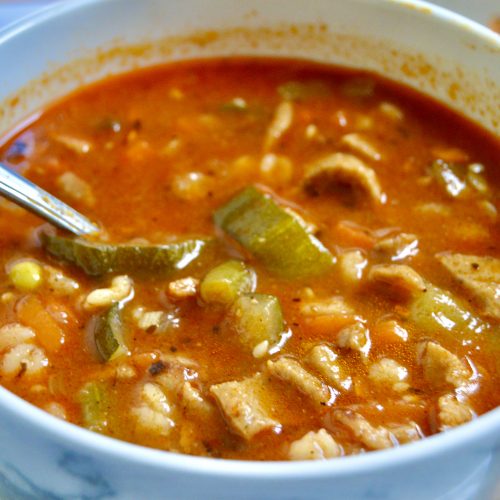 Like this recipe? Try my Best of Both Worlds Broccoli Cheese Soup next!